Through experimentation and iterative improvement spanning numerous generations, the sales industry got pretty darn good at selling regular products. Do some in-store demonstrations, put up some banners, get some choice TV spots, and see the revenue rise. Then ecommerce came along, bringing a mixed bag of opportunity and confusion.

And once it became clear that ecommerce was on course to become a dominant retail channel, retailers learned the importance of figuring out how exactly their marketing would work in the mysterious online world — unfortunately, many never really followed through. As a result, the industry still contains a lot of ineffective marketing, carried out by businesses and agencies alike.

If you’re in the ecommerce game (or planning to get involved) and determined to make the most of your marketing spend, it’s absolutely critical that you know how to tell the difference between marketing that drives relevant leads and marketing that just soaks up your budget.

In this piece, we’re going to cover exactly that by looking at the hallmarks of great ecommerce marketing — the kind that delivers measurable value and blows conventional marketing out of the water. Let’s begin.

What does ecommerce marketing involve?

Before we get started in earnest, a quick review of the fundamentals (just in case you’re not tremendously familiar with how ecommerce marketing works):

Ecommerce marketing is (as the name suggests) the practice of marketing products or services sold exclusively or primarily over the internet. Unlike conventional marketing, it rarely tries to push people to visit real-world places — instead, it seeks to drive them to specific web pages, make them feel good about products and brands, and convince them to place orders.

The fundamental elements such as PR, advertising, and graphics are still there, but in different forms. PR, for instance, is less about conventional organizations and more about influencers (bloggers and online celebrities with sway over their followers). And digital advertising is fast, targeted, and effective, unlike its clunkier predecessor.

Overall, then, it’s the same marketing ingredients but in a new recipe. A classically-trained salesperson can still flourish in online marketing — they just need to adapt their methods and, in many ways, raise their game. We’ll explain why.

The complex value of ecommerce marketing

Think about a traditional marketing billboard in a crowded part of town. You create a poster for your latest product, focus-test it, and then roll it out to announce your new launch. What happens then? Well, you watch your sales. Once the campaign is over and the billboard has been taken down, you compare the total revenue to a similar marketing effort lacking billboard advertising, or you simply use your pre-billboard projections — that information determines how successful you consider the poster to have been.

However you look at the data, though, you can’t be all that certain about how effective the billboard campaign was. Perhaps sales went up because your product reached someone extremely popular in their community, or went down because of a general lull in the market. The billboard have produced sales, lost sales, or had zero effect — there’s no way to know for sure.

What’s so notable about ecommerce marketing is that it allows a level of insight that was never before possible from traditional marketing work. Using digital analytics, you can trace lengthy user journeys that cross various sites and span weeks, months, or even years. Much of what sets the best ecommerce marketing work apart from the worst stems from a strong understanding of this core strength, as we’ll consider next. 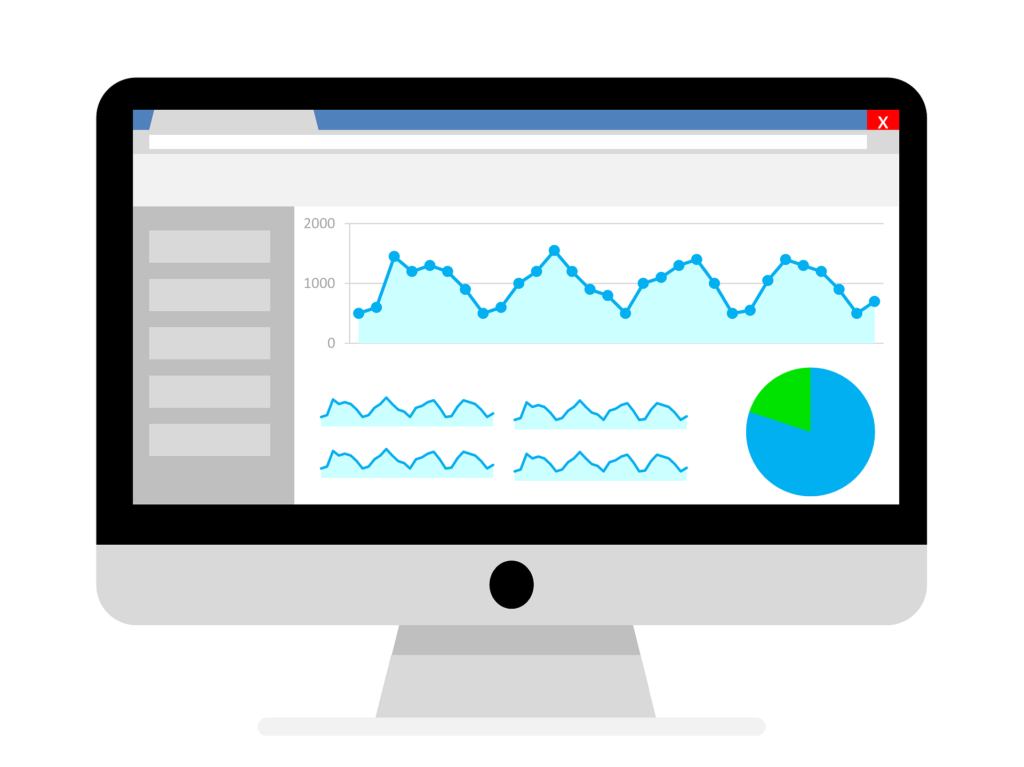 So, having touched upon the basics of the ecommerce marketing model and noted its immense potential, let’s get to the meat of this article: the hallmarks of great ecommerce marketing work. While any two campaigns will differ significantly, they will invariably share some things. Every one of the following things can be said about every great campaign:

Top-notch online marketing isn’t just done on a whim: it’s very deliberately planned to serve certain niche purposes. This is largely because it’s viable to do this in the digital world. You can produce one ad to drive leads to a landing page, and another ad to send people to your homepage, and actually tell the difference between the two.

It focuses on valuable but achievable targets

While there’s nothing inherently wrong with having “keep people on product pages for longer” as a general campaign goal, it’s fairly vague. What would count as success for such a campaign? Would a 0.001% improvement in average session duration fit the bill? I doubt any sensible company would be interested in maintaining a marketing budget to achieve that kind of growth.

As such, it’s vastly preferable to set a goal along the lines of “raise the average session duration by 25%”. Unless your site is already very well optimized, that kind of target is both realistic and valuable. And once the campaign concludes, you’ll be able to say conclusively whether it was a success or a failure, all depending on how much you spent on it and how much value you placed on the improvement you achieved.

Efficient, cost-effective ecommerce marketing knows the significance of target audiences, and takes advantage of available user data and customer histories to leave the biggest impact possible. Not only can you target specific demographics with your advertising and content, but you can also reach them at the most appropriate times through keen understanding of customer lifecycle marketing.

For instance, you can’t always convert a prospect into a buyer right away, but that doesn’t mean they hold no value. If you know the context and cater your content accordingly, you can slowly build up their level of interest, leading them to another conversion point down the line that will have a higher conversion rate because of their increased enthusiasm. The long game is very important in the ecommerce world, and it tends to produce greater loyalty and more volunteer brand advocates.

With so much performance information available throughout its lifespan, ecommerce marketing campaigns aren’t suited to the set-it-and-forget-it approach. Flexibility is a powerful advantage of digital work (you can revise a live ad campaign or rewrite an article in an afternoon) and must be embraced to see maximum ROI.

If you’ve launched a six-month campaign to boost organic traffic through blog posts but you get four months in and you’ve seen no increase in traffic, you’re not locked in that situation — but you don’t have to give up either. You can adapt on the fly (using an agile marketing approach). You can change your thematic direction, tweak your PR work, or even give up on the idea entirely. The only reason why any one of your campaigns should be unchanged from start to end is that it performs perfectly in its initial configuration.

It sensibly prioritizes platforms and channels

The internet grants us near-unlimited choice for how we spend our time. We have numerous viable social media channels, websites, forums, messaging apps, and technological platforms, all accessible from our smartphones. Because of this, the classic attention hub (think of Times Square, for example) doesn’t really exist online — people can share virtual spaces but have very different experiences due to personalization.

An effective ecommerce marketing campaign is built to focus on the most important platforms and channels. Unless you have unlimited funds and can throw money at everything at once, you need to make choices: do you advertise on Twitter, or on Facebook? Or perhaps on Snapchat? Try to do everything and it will take up all your time and inflate your budget. Determine the areas that best suit your needs, and make them your top priorities.

There’s a lot of identical content in the online marketing landscape. Ads that look the same, landing pages you can barely tell apart, guest posts that feel generic and devoid of personality or invention. You might be able to get away with that kind of work if people were utterly starved for content, but they’re not. There’s so much of it that no one can keep up, which means they start to scroll past mostly everything.

And it certainly doesn’t help that companies still have mobile formatting issues despite the widespread existence of software that makes it actively challenging not to be responsive (try to find a basic ecomm builder that isn’t mobile-first out of the gate). Marketing content should be bold, clear, and eye-catching, no matter the situation. It should get people talking, leaving them very entertained and/or informed and selling them on the brand.

I mentioned the viability of the old sales tricks, and that’s a result of one inarguable fact: human psychology hasn’t changed. At least, not in many centuries. Beneath our grand sophistication and technological prowess, we’re still just as vulnerable to things like fear of missing out (FOMO), social proof (amazingly effective through user-generated content (UGC) like reviews or testimonials), or special offers.

If you want to really ramp up your ecommerce revenue, you need to understand the psychological context of every step in your marketing funnel, then alter your copy, designs, segmentation and timing to exploit it. Think about the classic abandoned cart FOMO-style email: to a stranger, that FOMO attempt wouldn’t work, because they need to really want it before they can fear not getting it.

Wrapping up, there’s really no shortcut to doing fantastic ecommerce marketing. It’s an astonishingly-competitive marketplace, prospective customers are scattered to the winds, and user experience (UX) standards are far higher than ever before.

If I had to identify one key to top-notch work, though, it would have to be thorough planning. That’s really what makes the industry juggernauts so effective. Their immense resources allow them to commit huge amounts of time to checking and double-checking their campaigns to get them operating optimally.

And while the average ecommerce retailer obviously can’t replicate that process, it can still plan carefully at a much smaller scale. Instead of taking on a massive and cumbersome project, strip everything back and run shorter, simpler campaigns. As your revenue scales up, so too can your efforts, so you’re always investing appropriately.